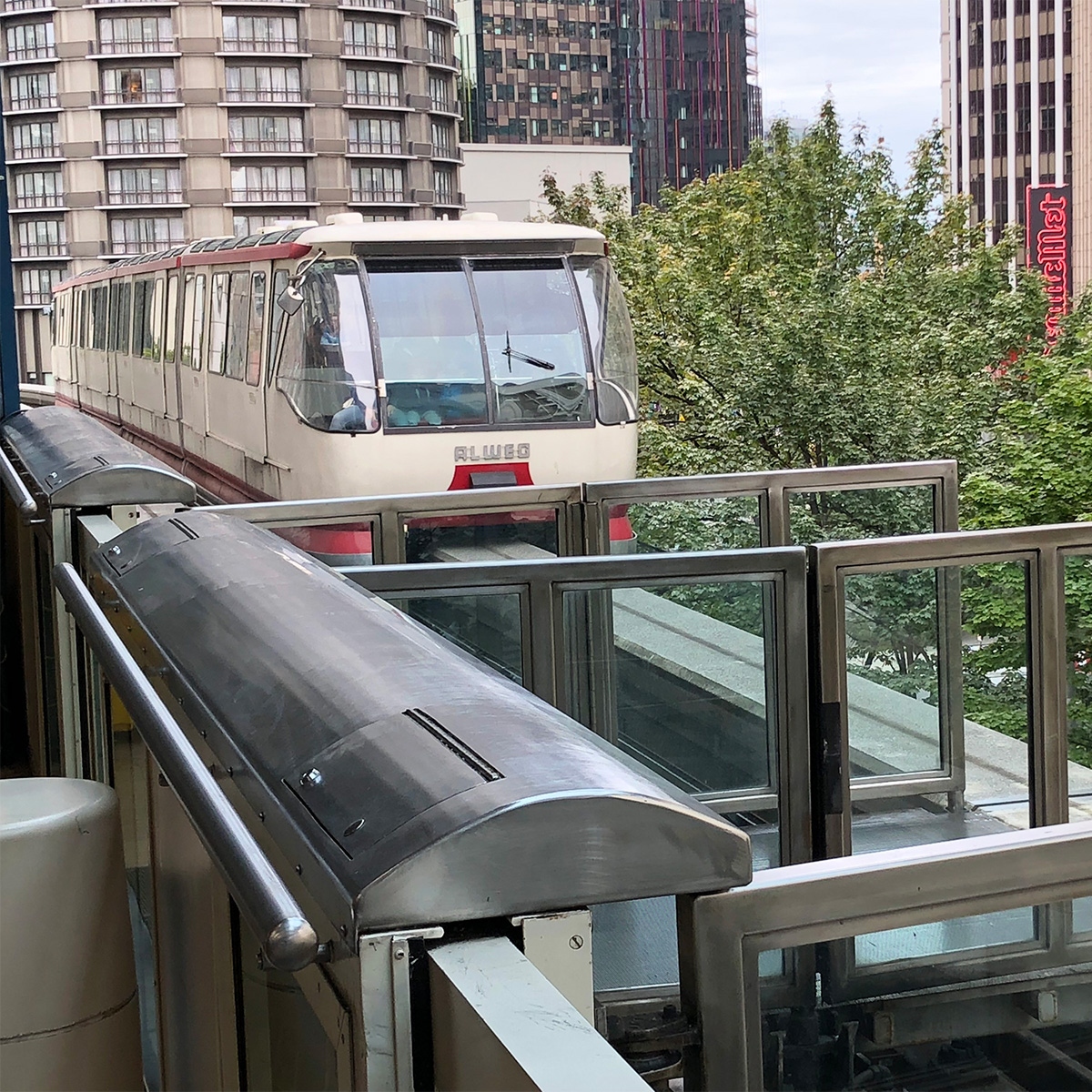 If you’re going to Seattle, WA, one thing you really should give a try is the Seattle Center Monorail. It’s a railway up in the air, built for the 1962 Seattle World’s Fair – as is the world famous Space Needle (which is one of the Monorail’s two stops).

It’s a short trip of just under three minutes, but it spares you a pretty dull walk and it’s quite cheap (a return ticket costed me $5 in September, 2018).

So, what’s it like riding the Seattle Monorail? Well, have a look at this video. It’s shot from beside the driver’s seat, going from Seattle Center to Westlake Center in September, 2018.

This is a front-row capture of a ride with the retro futuristic Monorail in Seattle. This short trip connects downtown Seattle with Seattle Center and The Space Needle. Filmed in September, 2018.